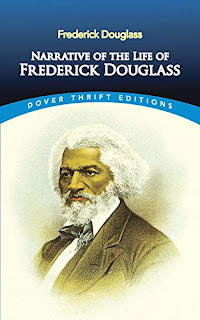 I can't believe I'd never read this before!  You'd think with all the history classes, all the literature classes, surely someone would have assigned Frederick Douglass's Narrative to me.  But, nope.  You'd also think I would have gotten around to reading it before now, on my own, especially since I've owned a copy for at least two years.  But, nope.

Well, I've read it now, and I found it both enlightening and enjoyable.  While sometimes Douglass does start to sound a little bit... oratorical... he mostly tells his life story in a straight-forward and easy-to-read manner.  Certainly, he was writing this with an agenda, namely to convince people of the evils of slavery, but it rarely felt like a lecture or an argument.  Just a man telling you about his own experiences, and letting you conclude for yourself whether or not his life was typical or atypical for those living in slavery.

I was a little sad that he couldn't give a more detailed account of his escape to freedom in the north, but he withheld most of it to protect those who helped him, who were still alive and possibly in danger of reprisals, so it was understandable and wise of him to omit that part, I thought.

It was really interesting to read this on the heels of The Color of Compromise by Jemar Tisby because it succeeded in something that I thought Tisby failed at.  Douglass did a great job of pointing out that the failure of Christian churches toward enslaved people is not the fault of Christianity, but of individuals claiming to be Christians.  Tisby lumped those together, but Douglass clearly separated them, especially in the book's appendix, where he wrote:

What I have said respecting and against religion, I mean strictly to apply to the slaveholding religion of this land, and with no possible reference to Christianity proper; for, between the Christianity of this land, and the Christianity of Christ, I recognize the widest possible difference -- so wide, that to receive the one as good, pure, and holy, is of necessity to reject the other as bad, corrupt and wicked.  To be the friend of the one, is of necessity to be the enemy of the other (p. 71).

If you're looking for something to read for Black History Month, this gets my vote.  It's a quick read, not difficult, and both historically and culturally important.  Since yesterday is believed to have been Douglass's birthday, I thought it was a good time to read it, and I'm glad I did.

The silver trump of freedom had roused my soul to eternal wakefulness (p. 24).

If This was a Movie, I Would Rate It: PG-15 for descriptions of whippings, beatings, and other acts of violence, as well as discussions of sexual misconduct and force.  Those were non-graphic, but I won't have my kids read it until high school because I don't think they'll be ready for it. 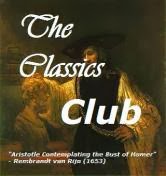 This was my 16th book read for my 3rd Classics Club list, and my 7th book read off my unread shelves for #TheUnreadShelfProject2021. 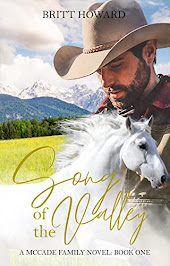 "Song of the Valley" by Britt Howard