How perfect is this for my Year With Anne?  I just discovered, via Naomi Sarah, that a blogger named Miss Evie is hosting an Anne of Green Gables blog week!  Looks like I finished reading the original series just in time, eh? 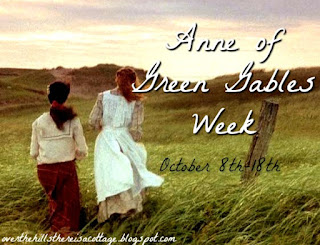 To kick things off, she's provided a nice tag for anyone to fill out if they're so inclined.  I'm so inclined!  Here we go.

1. How did you get introduced to Anne of Green Gables?

When I was around 7 years old, a friend of my parents happened to have a copy of one of the books tucked in her diaper bag or purse when she came visiting one day.  My mom had never read the books, and her friend gushed over them to the point that my mom promised to get them from the library.  She did.  She read the first one aloud to us as a family, probably in the car on random jaunts while my dad drove.  We loved it, and so she read us the next, and the next...

I'm not sure.  I'm highly imaginative like Anne, and I'm also a writer, like her.  But I'm more sensible, like Diana, and also not so likely to get carried away with my emotions.  And I've got dimpled elbows, hee.  So I guess I'm a mix.


3. If Rachel Lynde called your hair as red as carrots how would you react?

Laugh.  My hair actually IS red at the moment -- I dyed it back in late July.  It's not really a carrot color (and yes, people, red carrots do exist), but anyway, I've never been especially sensitive about my appearance, so even if she called my (natural color) hair "as brown as sticks" or "mousy brown," I probably would be like, "Yeah, it kinda is."

I could easily spend the rest of my life married to Gilbert Blythe.  (Plus, Gilbert is an ISFJ like me, so of course he's my second-favorite character in the series!  ISFJs pretty much always are.) 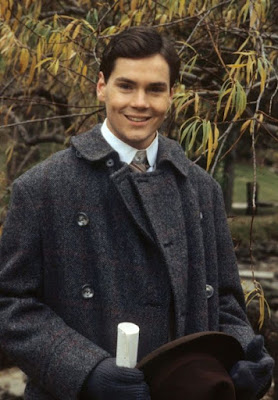 I actually haven't watched it yet.  It came out when I was in college, and I got kind of snotty about how it wasn't based on the books at all, so why would I watch it?  But, having just finished rereading the books, I'm kind of interested to see it now, which surprises me. 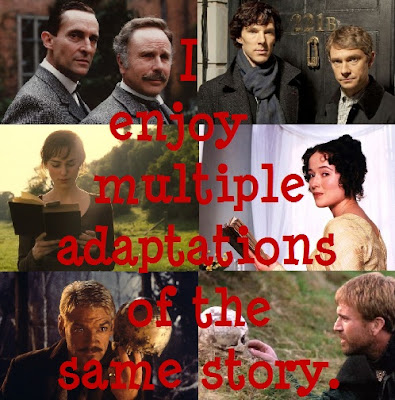 7. What in your own words is a Kindred Spirit?

Someone who intuitively sympathizes with another person even if they don't know them very well.

I haven't watched "Green Gables Fables" at all yet, but I do want to try it out.  I'm going to sound old and crotchety, but I must admit I have not really gotten into the whole web series retelling thing.  I keep trying different ones, but none of them have interested me enough to get me to watch more than 2 or 3 eps.

So, obviously, Movie Gilbert!  I was so sad to hear of Jonathon Crombie's passing last year.


9. Does anyone know where we can watch Road to Avonlea online?

Not at the moment, but the website RoadToAvonlea.com says it will have full episodes available on a new streaming site starting in November.

There are so many gorgeous ones!  I think I like this one best, though: 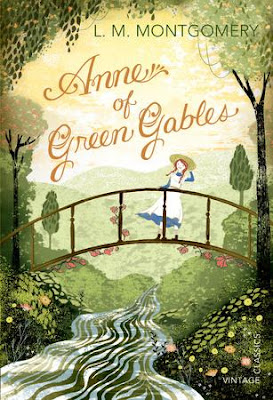 Both!  I love the first five books, but the last three kind of dwindle down into me being disappointed and a bit grumpy.  But the first two films from the '80s don't do that to me at all.  However, they're far too short, so... I love both.
Posted by Hamlette (Rachel) at 10:13 AM 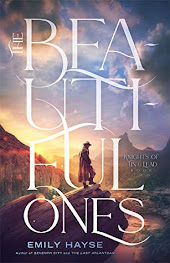