(Warning!  This contains spoilers about events farther on in The Lord of the Rings.  If you're unfamiliar with the whole story, save this to read later.) 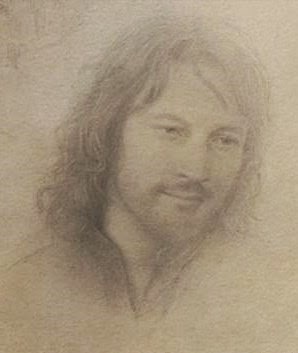 Faramir... I can still remember piecing together who this ‘grave young man’ was ‘whose words seemed so wise and fair’ as my father was reading The Lord of the Rings aloud for the first time (that I can remember, that is). I must have been about eight and I can still remember the thrill when I realized he and Boromir were related.

So many people like Faramir, but what makes him such a wonderful character? (Note: I haven’t watched the movie, so in the following I’ll be discussing him as he appears in the book.)

When first we meet him in Ithilien, he is both rough and commanding, but his courtesy is soon set beyond a doubt. When interrogating Frodo (much to Sam’s displeasure) he is ‘stern and commanding’ with ‘a keen wit behind a searching glance.’ He says, ‘I do not slay man or beast needlessly, and not gladly even when it is needed. Neither do I talk in vain.’ A man taking time for thought, refusing to act in haste, he is quick and decisive in action. ‘I will not decide in haste what is to be done. Yet we must move hence without more delay.’ He sprang to his feet and issued some orders.’ 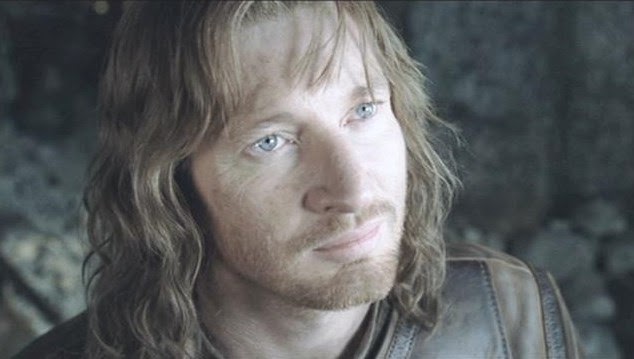 Weighing his words, he is a truth-teller, ‘I would not snare even an orc with a falsehood.’ He doesn't immediately let out all he knows -- parrying and questioning Frodo before telling what he himself already knew of Boromir -- guarding his words when speaking with his father -- waiting -- knowing what to speak when the time comes ripe; revealing the better part of wisdom.

Faramir seems to have the ‘long-sight’ associated with the blood of Westernesse, for Gandalf says of Denethor, ‘Whatever be his descent from father to son, by some chance the blood of Westernesse runs nearly true in him; as it does in his other son, Faramir... He has long sight. He can perceive, if he bends his will thither, much of what is passing in the minds of men... It is difficult to deceive him, and dangerous to try.’ Earlier, in the cave of Henneth Annûn, ‘Slowly Gollum raised his eyes and looked unwillingly into Faramir’s. All light went out of them, and they stared bleak and pale for a moment into the clear unwavering eyes of the man of Gondor...‘There are locked doors and closed windows in your mind, and dark rooms behind them,’ said Faramir. ‘But in this I judge that you speak the truth.’ Later, first encountering Éowyn, ‘...he was moved with pity, for he saw that she was hurt, and his clear sight perceived her sorrow and unrest.’ 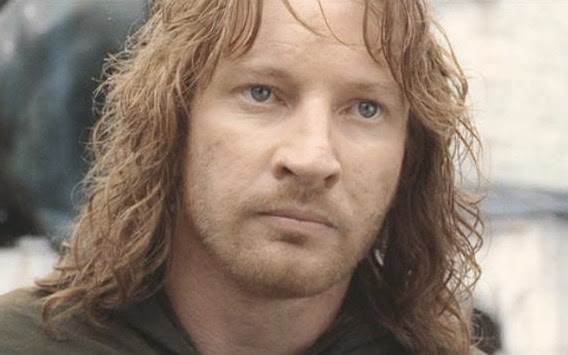 Gentle and yet stern, he is patient and long-suffering with the wayward and headstrong -- Boromir, Éowyn, his father. Amazing in how it’s done (especially as it’s understated -- and in Boromir’s case we never see them together), but we never doubt his great love for both father and brother.

A courageous leader, his men give him their love and trust. Beregond says of him, ‘Things may change when Faramir returns. He is bold, more bold than many deem; for in these days men are slow to believe that a captain can be wise and learned in the scrolls of lore and song, as he is, and yet a man of hardihood and swift judgment in the field.’ Éowyn ‘looked at him and saw the grave tenderness in his eyes, and yet knew, for she was bred among men of war, that here was one whom no Rider of the Mark would outmatch in battle.’ 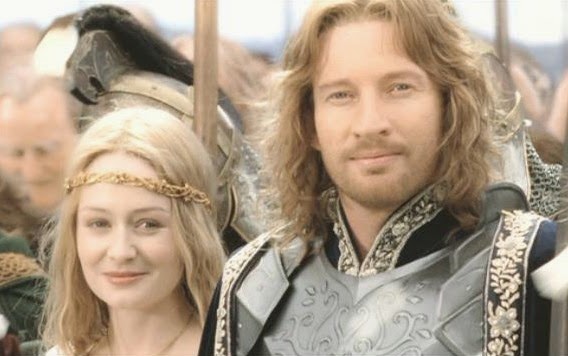 In the cave of Henneth Annûn, when the Ring itself comes within his grasp, he withstands its lure, saying, ‘I am wise enough to know that there are some perils from which a man must flee.’ Later Sam says, ‘You took the chance, sir.’ ‘Did I so?’ said Faramir. ‘Yes sir, and showed your quality: the very highest.’ Faramir smiled, ‘...Yet there was naught in this to praise. I had no lure or desire to do other than I have done.’ Perhaps, at first glance, a little disappointing -- we might like him to have more of an internal battle before relinquishing his opportunity -- but in fact, evidence of the highest quality indeed. Authority sits easily on him, but he does not desire ultimate power. He does not desire it because -- above all -- he is a valorous servant.

In his valor and courage, he yet knows weakness and grief. As he lies near death, Aragorn reads his hurt as, ‘Weariness, grief for his father’s mood, a wound, and over all the Black Breath... He is a man of staunch will, for already he had come close under the Shadow before ever he rode to battle on the out-walls. Slowly the dark must have crept on him, even as he fought and strove to hold his outpost.’

Captain of the White Tower -- Steward of Gondor -- a servant of the king and passing through death in his service–he is healed and brought back to life by that King. ‘Suddenly Faramir stirred... and he looked on Aragorn who bent over him; and a light of knowledge and love was kindled in his eyes, and he spoke softly. ‘My lord, you called me. I come. What does the king command?’ ‘Walk no more in the shadows, but awake!’ said Aragorn, ‘You are weary. Rest a while, and take food, and be ready when I return.’ ‘I will, lord,’ said Faramir. ‘For who would lie idle when the king has returned?’

Joy, obedience, and valorous service... A wise and daring servant, he is exalted in honor. May we strive to live likewise with the same end in view -- the heart-fulfilling, soul-satisfying commendation of our King. 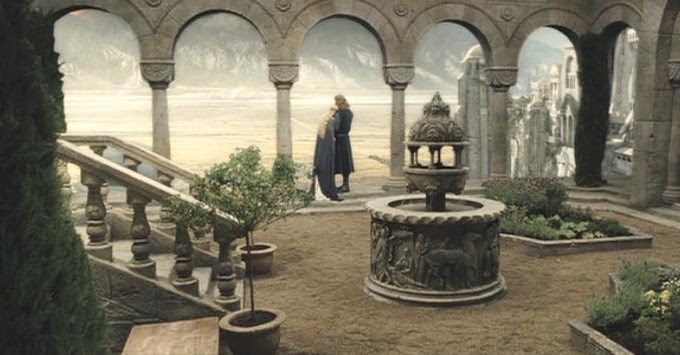 (Hamlette's note -- thanks for this great post, Heidi!  I'm more and more intrigued by Faramir, and I love the insights you've got going on here!)