"The Fellowship of the Ring" -- Book vs. Movie: A Guest Post by James

Hello everyone, James The Movie Reviewer from the movie review and all around geek blog J and J Productions. First off, a big thanks to Hamlette for letting me write this guest post for her Lord of the Rings read-along. For this post, I will be detailing a few noticeable differences between the Lord of the Rings books and films, along with providing what I think are likely reasons behind each change and how those changes affect the overall narrative of the Lord of the Rings trilogy.

Merry, Pippin and The Hobbits' Naivety

Throughout the course of the Lord of the Rings films, The Fellowship in particular, Merry, Pippin and the Hobbit race in general are portrayed as being a very naive and simple people lacking in common sense. Several scenes attempt to demonstrate the Hobbits' naivety. For example, Merry and Pippin start a fire that Frodo stomps out, throw stones in the Watcher's lake, and misuse Gandalf's fireworks. In the book however, Merry and Pippin are often portrayed as being relatively smart and useful, and by the end of the book trilogy, they are respected heroes among the Hobbits. There are two main reasons that the characters were altered in the film:  to provide comic relief and to provide a better starting point for character development. Throughout the majority of the Lord of the Rings books, there is relatively little humor, and even though the films were generally darker in tone, the films needed some levity, and Merry and Pippin provided the needed moments of humor. On the character development side, starting Merry and Pippin out as fumbling idiots that grow into brave warriors by the end of film demonstrates a more substantial character arc, especially since the "Scouring of the Shire" chapter was removed from the Return of the King film, which is where Merry and Pippin show their development as characters. Overall, the change was mostly necessary when looking at the over-arching ramification the alteration makes to the characters. 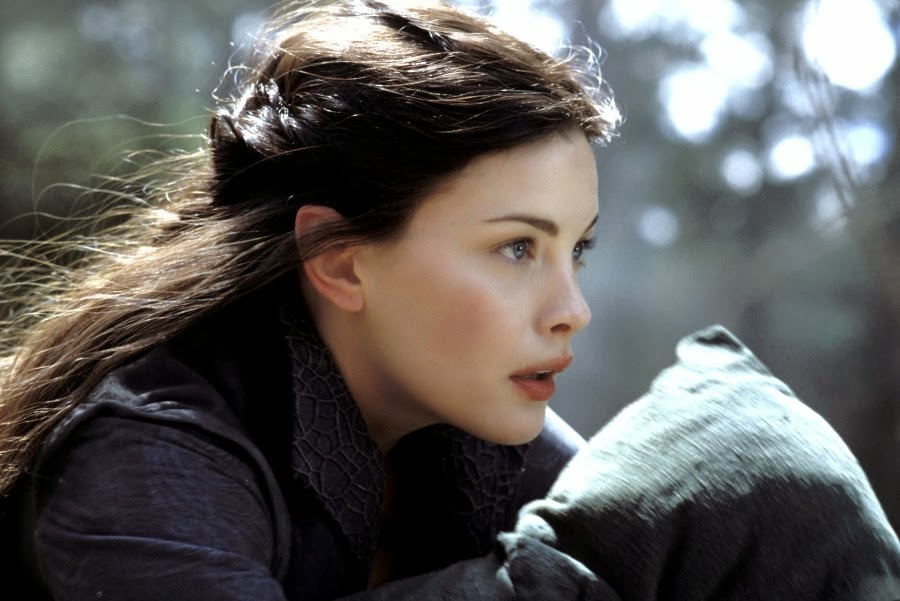 In the book, Arwen was only mentioned in passing for the majority of the book with only one or two lines of dialogue through the entirety of the Fellowship of the Ring. She does not play an important part in the narrative. Infamously, Arwen is featured heavily in the films. While some of her scenes with Aragorn were adapted from the appendices, the most likely reason to add more Arwen scenes was both to provide a female character in the plot, as well as give Aragorn a stronger romantic interest. From the standpoint of appealing to more mainstream audiences, adding a romance and a central female is not a bad idea, albeit one that conflicts with the original source material. For the most part however, the scenes that are included are additions to the story that do not affect the overall plot, with exception of Arwen saving Frodo from the Nazgul. In the book, an elf named Glorfindel and his horse, Asfaloth, met the Hobbits and Aragorn on their way to Rivendell. To escape the Nazgul, Frodo rides Asfaloth to Rivendell by himself. In the movie however, Frodo rides with Arwen to Rivendell while being chased by the Nazgul. Upon reaching the River Bruinen, Arwen summons a wave of Water Horses to sweep away the Nazgul, but in the book the horses were summoned by Elrond. Since Peter Jackson decided to place more emphasis on Arwen's character, she needed an introduction, and since Glorfindel is such a minor character, replacing him with Arwen does not drastically change the overall narrative. However, adding more Arwen to the film does cause a change to the overall narrative, although not as much as some have claimed. Overall, the change of adding more Arwen to the film may not have been the best aspect to change, but it certainly was not the worst. 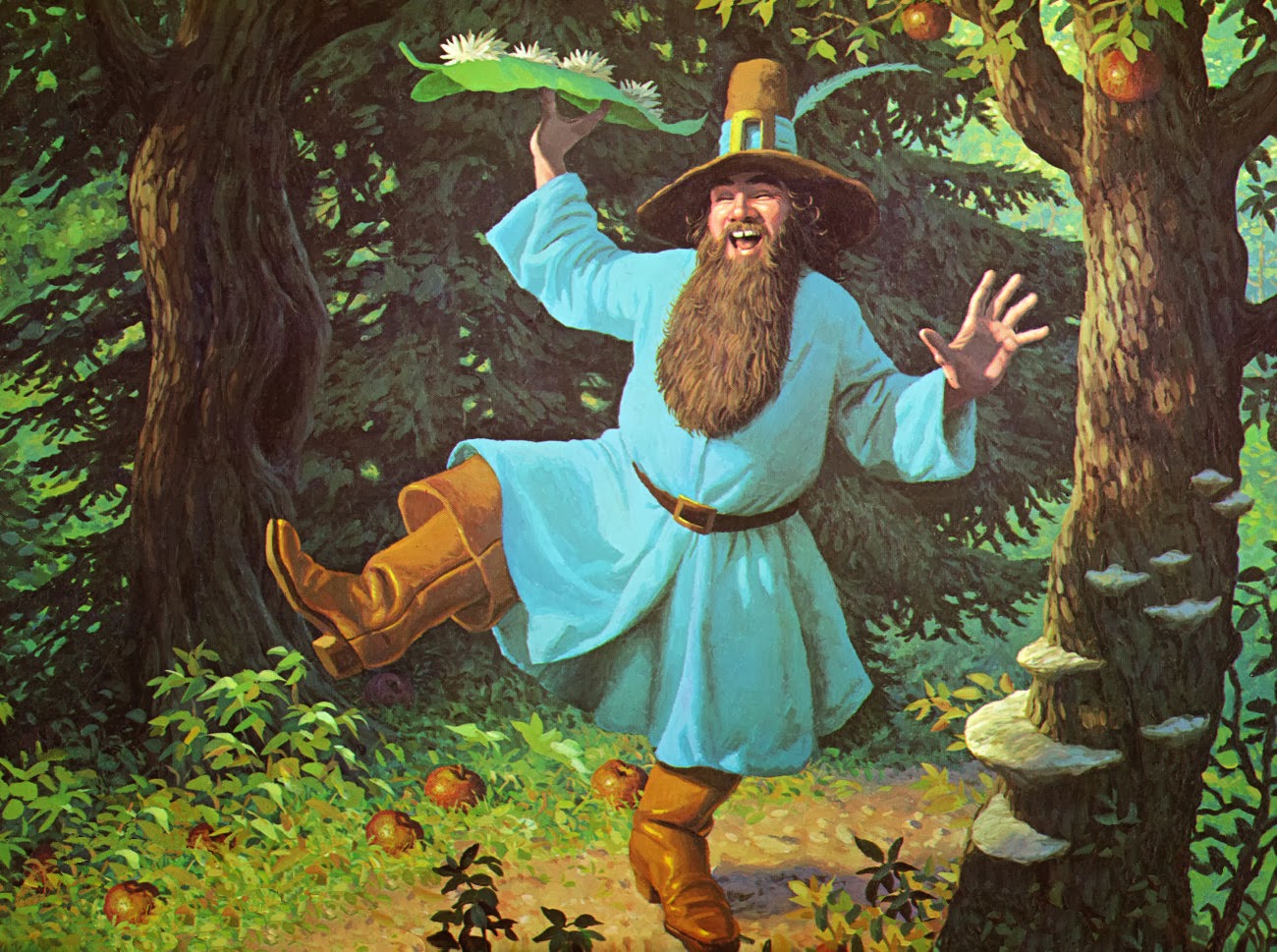 "Ho! Tom Bombadil, Tom Bombadillo!" Out of all the changes to the original source material, the complete removal of the character Tom Bombadil and the chapters that his character is featured in is the most significant omission in terms of size, but not necessarily in terms of importance to the story. Although Tom Bombadil is an intriguing character who is not affected by the Ring's power, he is not particularly important to the overall narrative. Other than the Hobbits finding their swords, not a lot happens during those chapters that actually affect the characters or the story. The lighthearted, almost cheery, tone of the chapters significantly clashes with the dark and ominous tone of the Nazgul chase in the film that would precede Tom Bombadil’s part in the story. Also, removing Bombadil’s character improves the pacing. Because of both reasons, the change to the source material was certainly warranted. 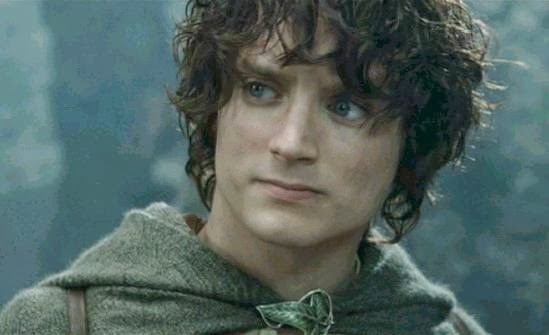 In the book, Frodo's age at the time of Bilbo's one hundred and eleventh birthday was 33, which is the Hobbit equivalent of a human coming of age. However, seventeen years elapse between the time of Bilbo leaving for Rivendell and Gandalf returning to the Shire, which would make Frodo 50 years of age. Conversely, the movie portrays the time between Bilbo leaving and Gandalf returning with information about the Ring to be much shorter, possibly less than a year. Thus, in the movies, Frodo's age would still be a young adult in Hobbit years. The most logical reasoning behind the change in Frodo’s age in the film is that a younger, less experienced character is more relatable than a middle-aged guy going through the same experiences, although the book version of Frodo was a little more heroic and featured a little less character development in comparison to his movie counterpart. In addition, no one could have played a better Frodo than Elijah Wood.

Thanks for reading! Please visit my blog; I am hosting a giveaway right now! Click here for details on how you can easily enter it.