"The Two Towers" -- Book vs. Movie: A Guest Post by James

Hello again, this is James The Movie Reviewer from the movie review and all around geek blog J and J Productions. Again a big thanks goes to Hamlette for giving me the chance to write another guest post for her blog. Today I will be discussing some of the more notable changes that Peter Jackson made to The Two Towers when adapting it into a film. All comparisons between the Book and Movie refer to the Extended Edition only, not the theatrical edition. 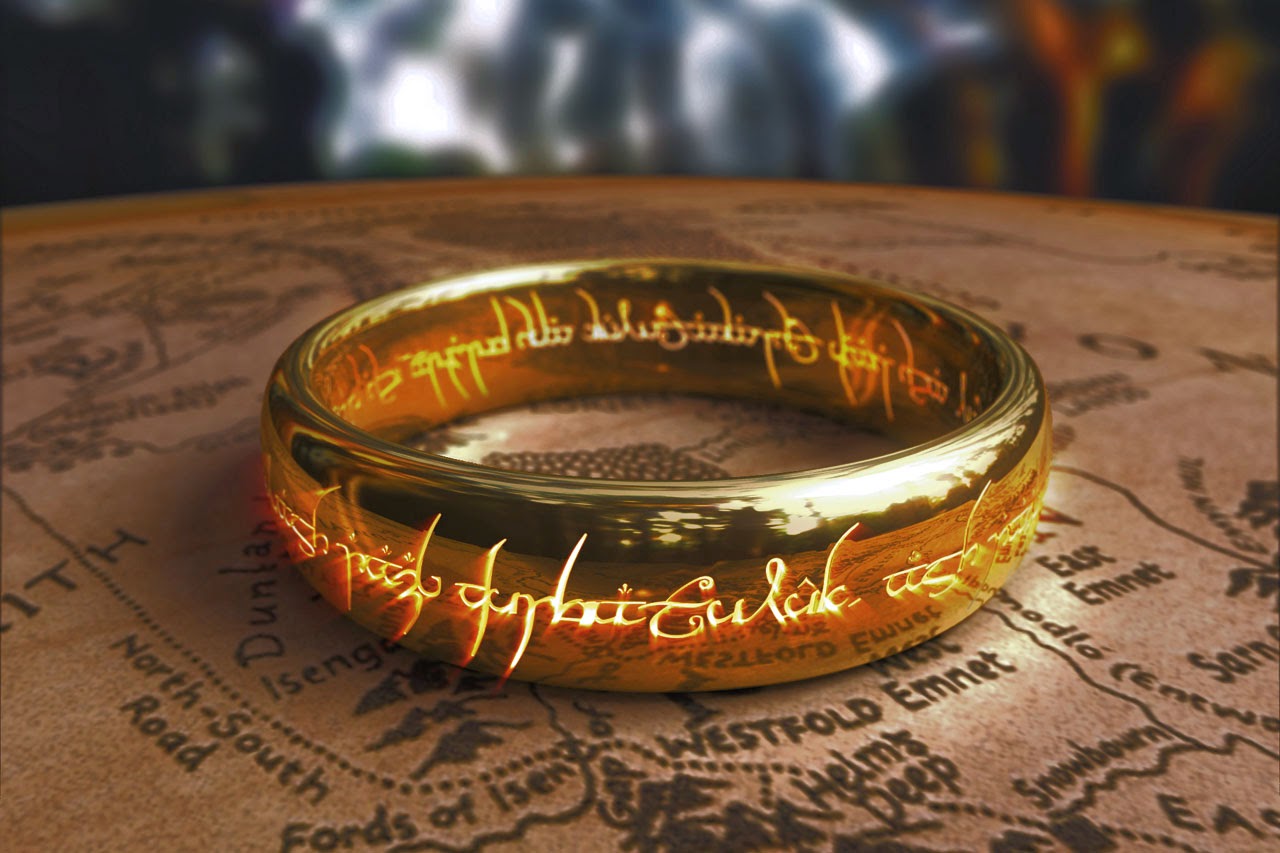 Two of the most notable changes made from book to film actually stem from one central aspect that affects how the entire story plays out to a degree: the power of the One Ring. While not obvious at first glance, the minute changes in how powerful the One Ring is in the film compared to the book drastically affects how the characters act. 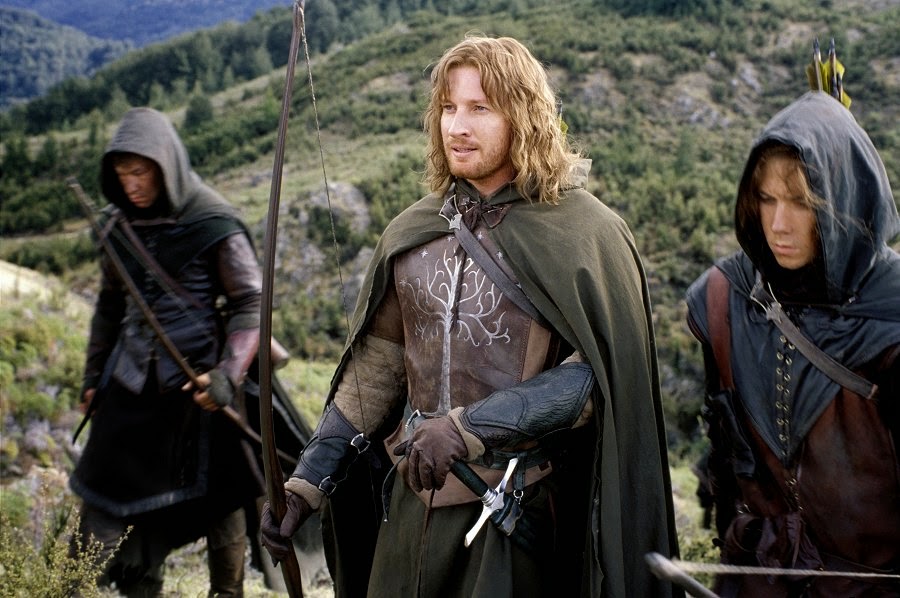 Faramir, or as I like to call him "Faramir the Cheated," is one of the characters that has arguably been changed the most. However, this rather large change can be attributed to mostly one part, Faramir's encounter with the Hobbits. Not only did it redefine Faramir's character, it vastly changed the sequence of events.

In the movie Faramir is greatly tempted by the Ring and starts to take Frodo and the Ring to Denethor in Minis Tirith. Conversely, in the book, he quickly decides to help Frodo and Sam on their journey. Unlike his brother Boromir, Faramir is shown to have great fortitude in the book, despite not being the "Favorite Son," which is a story aspect that played a large role behind his choices in the films. However, in the movie, Faramir is an antagonist. His character was changed for several reasons, one being that the Ring in the movie is portrayed as being even more powerful of an evil influence than the more subtle evil of the book, which works much better in the visual medium of film. If Faramir was able to resist the influence of the Ring easily it would have undermined the power of the Ring without extensive exposition. In the movie, even Aragorn was briefly tempted by the Ring and he is among the most noble of the human race.

Possibly the most important reason for the change, which was even said by Peter Jackson himself, is that Frodo and Sam needed some form of conflict in the second film, since the conflict at Shelob's Lair was moved to the third movie. If there was no change, Frodo and Sam would have had a nearly uneventful journey to the pass of Cirith Ungol. Overall the change could have been handled better, but from a film-making standpoint it is mostly understandable.

Another highly controversial change that Peter Jackson made is the scene where Frodo commands Sam to leave his company and return to the Shire on their journey up the Stairs of Cirith Ungol. (While the entire event was moved to the third film this had little effect on the actual plot because The Lord of the Rings is one epic story split into three books for marketing purposes.)  In the book, Frodo and Sam are tricked by Gollum/Sméagol to travel up the Stairs of Cirith Ungol to Shelob's Lair. After reaching Shelob's Lair, Gollum sneaks away and leaves the Hobbits for Shelob to devour. Frodo and Sam are chased by the spider, and Frodo is then poisoned by Shelob's paralyzing venom. Sam follows close behind and fights off the creature to save Frodo.

However, in the movie, Gollum/Sméagol takes the last piece of Lembas Bread and throws it off the cliff while the Hobbits are sleeping, thus framing Sam as the culprit. Because of this, Frodo forces Sam to leave and return home since Frodo believes Sam betrayed him. This is completely out of character for Frodo compared to the book; their friendship is much too strong for Frodo to even consider dismissing Sam. Again however, this is likely due to the more powerful nature of the Ring. Frodo is clearly entranced by the Power of the Ring when he sends Sam off. In the book, the Ring is certainly powerful and affects Frodo's judgment several times but it does not seem to have such a powerful aura of evil compared to the movies where almost everyone in contact with it is corrupted by its evil. Other than the more visible Power of the Ring, another likely cause for the change is to add more drama and suspense when Frodo enters Shelob's Lair. With the consideration of the Ring's more powerful nature in the film, the change is mostly reasonable, albeit not entirely necessary.

Although purist fans of the Lord of the Rings books may be annoyed by changes made in the film adaptations, many of these alterations are reasonable when all aspects are considered, particularly the Power of the One Ring. While the books retain their respected position in fantasy literature, the director had to be guided by his goal to produce a suspenseful and visually stunning film. The enormous popularity of the three Lord of the Rings films is ample evidence of his success in this endeavor.

(Hamlette's note:  Thanks for another insightful comparison post, James!  Everyone else, if you want to read more movie and TV reviews like this, plus discussions of geeky things in general, check out his blog, J and J Productions -- he's one of the most prolific bloggers I know!  And don't forget to enter my giveaway here.)